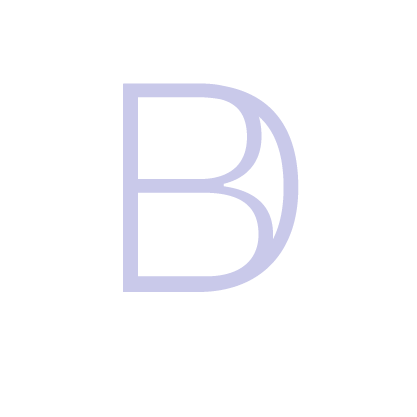 Design a book for the biography and collection of the work of the American abstract painter Christopher Wool. 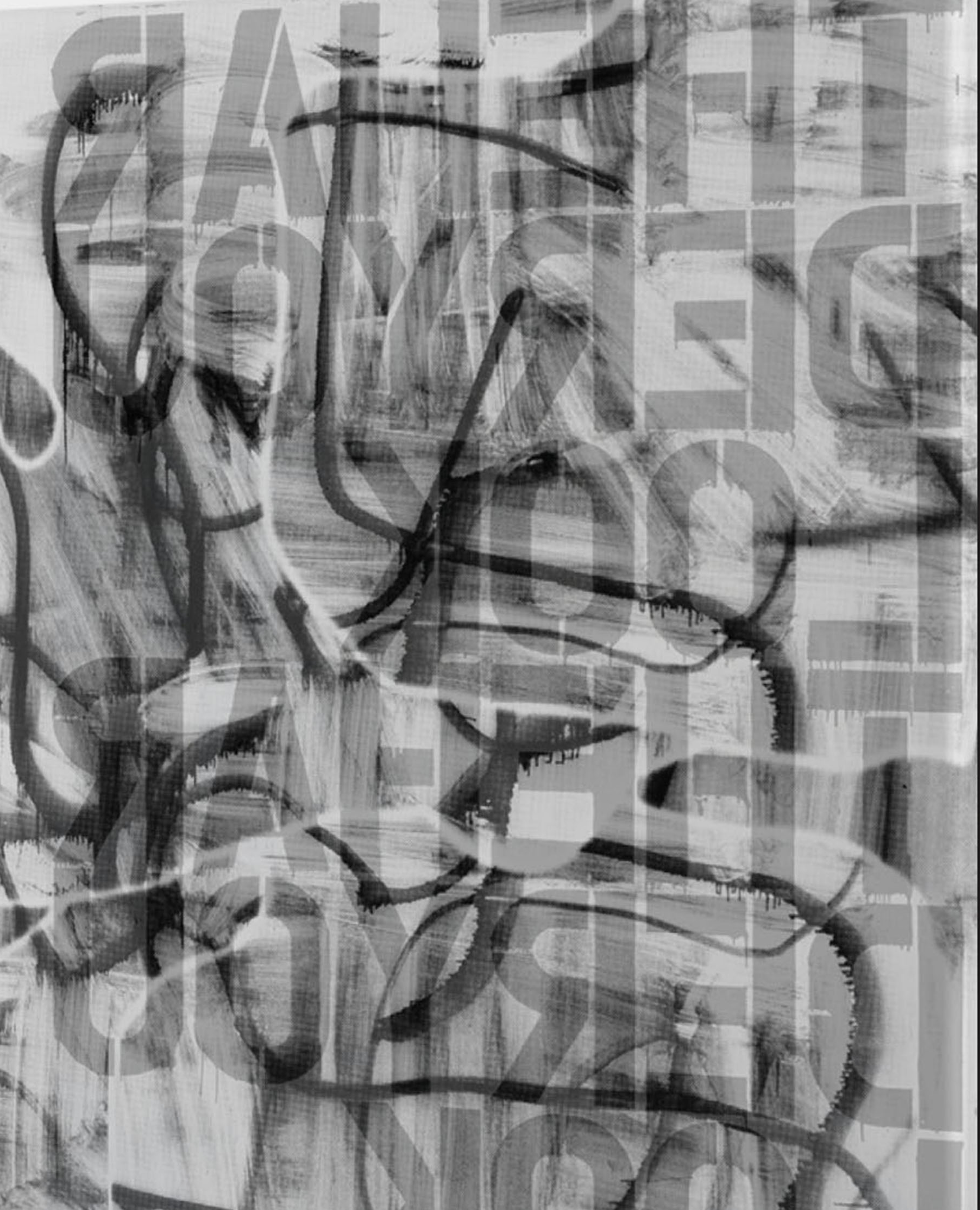 Christopher Wool is most famous for his paintings of bold black stenciled words with unusual line breaks that play with communication in the way the viewer reads them, almost making the words and letters abstract in meaning. He is also known for his abstract grey paintings that have lines and smudges that are worked and reworked over time.

These two series are seemingly different in style so I wanted to ﬁnd the link between them. In their own way, they both represent control and disorder. What unites them is the way that Wool makes them. His creative process involves multiple methods including photography, silkscreening, paint rollers and other DIY methods to paint. When he works on a piece, his process is through addition and subtraction where the work progresses by reacting on itself. This is apparent in his work as ghost-like strokes are visible showing the echoes of past versions of the paintings. The choice to leave part of his process into the ﬁnal painting made it clear that it’s important, which inspired an idea for the cover. 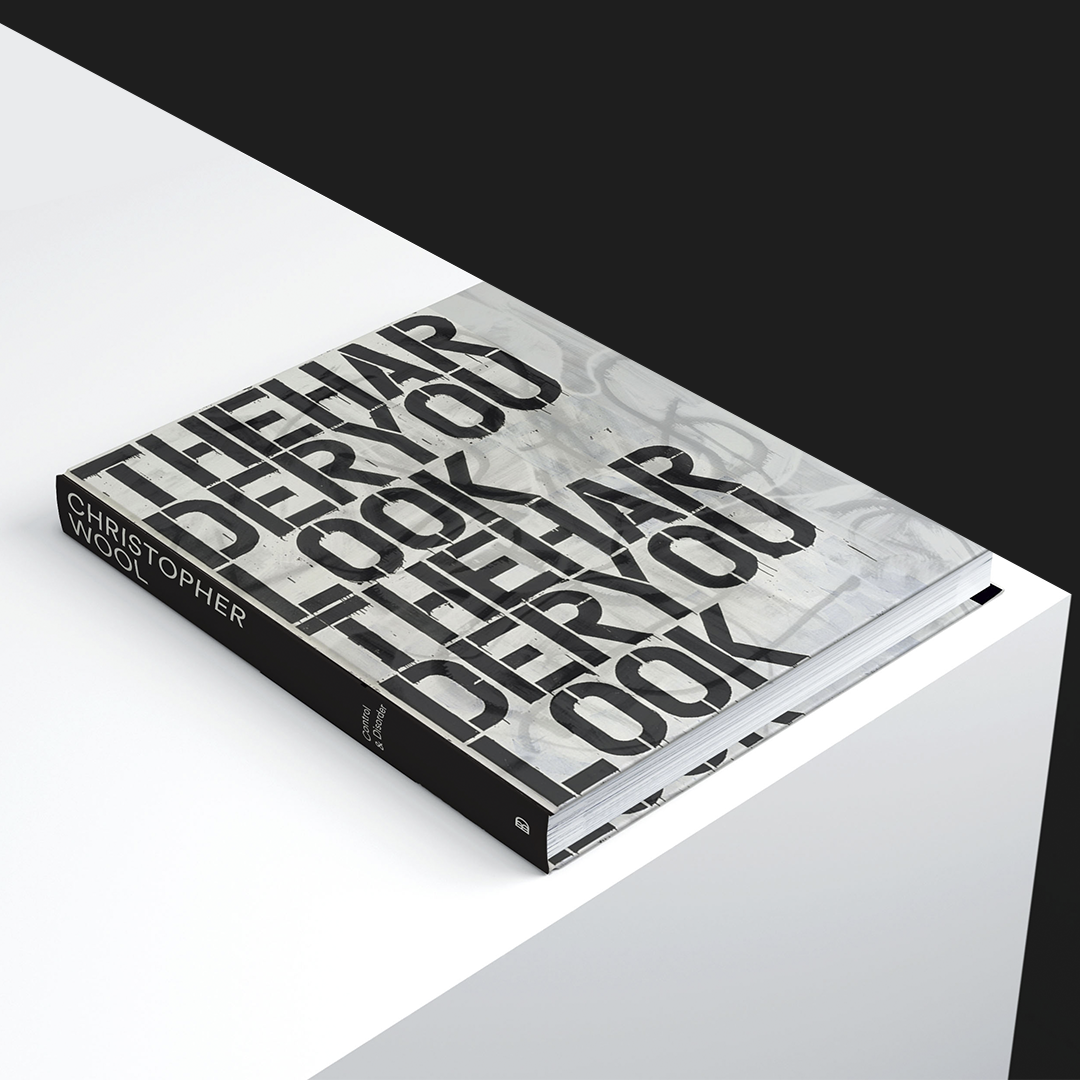 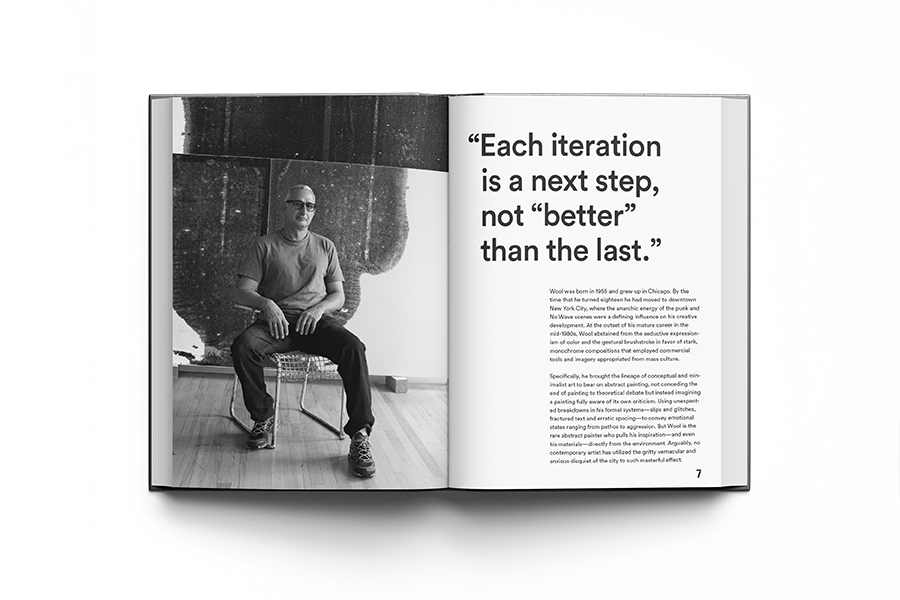 To Wool, the process of making a painting is almost more important than the ﬁnal result. This method of working through layering and the duality present in his work inspired the idea for the cover, where two different pieces of his are layered. One of his word paintings and one of his abstract gray paintings each represent the chaos and disorder that live within his work, while highlighting his process of creation. In the layout, his stenciled type is used and keeps his classic palette of black, white and grays.